The actress and the music entrepreneur

As an actress, host and influencer, Amanda is known for her perfect mix of high-low fashion, love of colour, and bubbly personality. And it was her style which first caught Jon’s eye: “I slid into her DMs, and no regrets as well. I really liked her style and photos, and it was a great conversation starter!” says Jon.

“It’s as modern as modern day romances get, he slid into my DMs,” jokes Amanda.

The pair have now been together for five years, happily parenting two doggy fur kids, Amanda is still holding out sharing her plants with Jon: “I have a few plant kids of my own and Jon has no custodial rights to them,” she jokes .

With both of them involved in performing – Jon is the founder of Zendyll, an independent music and culture company that highlights Asian culture, managing a number of Singapore’s top artists – the couple have worked together on a few things.

“We have worked on a few projects together but for the most part, we keep [our work] separate,” says Amanda. “We do enjoy working with each other every now and then for projects that allow us to be our natural selves,” Jon explains.

“Like all partnerships, compromise and communication is so important. And that’s something we’re constantly learning about each other. How much to push and pull, what our limits are and how we can communicate better. At the end of the day, we remind each other of the big picture and as long as we’re working towards achieving that same goal, I think we’ll be OK,” says Amanda.

“It can be challenging at times, but I’d much rather be working with Amanda because we’ve got natural chemistry too,” Jon says.

Their close connection, however, does lead to a mixing and matching of their interests, allowing them to inspire each other.

“Jon has been investing in the scene since day one, way before I met him. He is a huge champion for local culture, music and art. He made it clear to me at the very beginning that there’s a bigger picture here, which is to uplift the community, beginning with those around him. Every wave begins with a ripple and I believe he’s starting that ripple,” explains Ammanda.

“Amanda’s work ethic and approach to her creative work inspires me. She constantly thinks of how she’s being portrayed as well as the way the audience could consume her content, and she makes an effort to remain as true and authentic to herself as possible. If she works with a brand, she makes sure her personality and character has room for display, which is something most creatives choose not to fight for some times,” says Jon proudly.

Like many creative people, Jon and Amanda say they find support from each other in work and life.

“The mutual understanding that nothing is stagnant. Because of the nature of our work, there will be periods of lull and not much happens and the next, it can be absolute chaos. But at the end of the day, we remind each other to ground ourselves in the values ​​we share,” says Amanda talking about the best thing about them both being part of the creative industry.

Jon admits that Amanda’s opinion on his work is very important: “Her opinion on my work holds a lot of weight, and it helps shape what I do and the way I approach it as well. We remind each other that we can’t take anything for granted.”

“I love his projects with a purpose. Like his upcoming Majulah concert. I think it’s time to bring back some life into our lives and have something to look forward to. To me, it’s not just a concert, it’s the return of spirit and soul into society, something that has been lacking the past two years because of Covid and it’s restrictions. I think most of us have lost sight of what it feels to come alive anymore,” says Amanda when asked about her favorite of Jon’s work.

“I love watching Amanda’s TV hosting programs in general. There’s something very appealing and attractive about her hosting lifestyle content, especially when it comes to fashion or food,” says Jon. 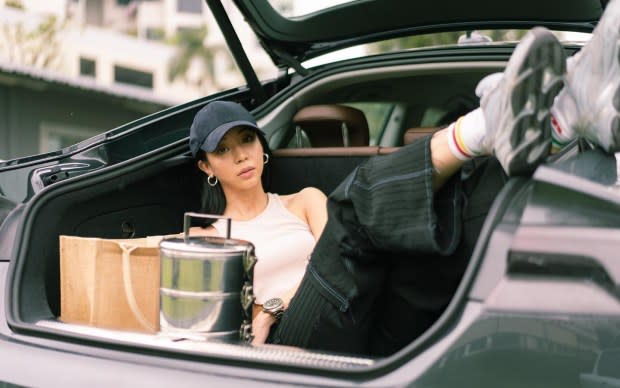 And the worst thing about two creative individuals in a relationship? Amanda jokes about “artistes” being sensitive and unpredictable: “Try having two of those in the house!”

Keep an eye on Amanda’s work via her Instagram account @amandachaang, and check out Jon’s upcoming events on www.zendyll.com.

This article Creative Couples: The actress and the music entrepreneur appeared first on Popspoken.