And just like that, Kathy Hochul has become Andrew Cuomo.

True, the Empire State’s second accidental governor out of the last three hasn’t yet thunderously cast opponents out from New York political order. She hasn’t broken any legislative arms. And none of her associates has been indicted.

But hey, let’s cut her some slack. She’s new on the job.

How else to describe her casual dismissal of Manhattan District Attorney Alvin Bragg’s no-such-thing-as-a-bad-boy approach to law enforcement — even as New York buries two murdered cops while staggering under the weight of steadily rising violent crime? 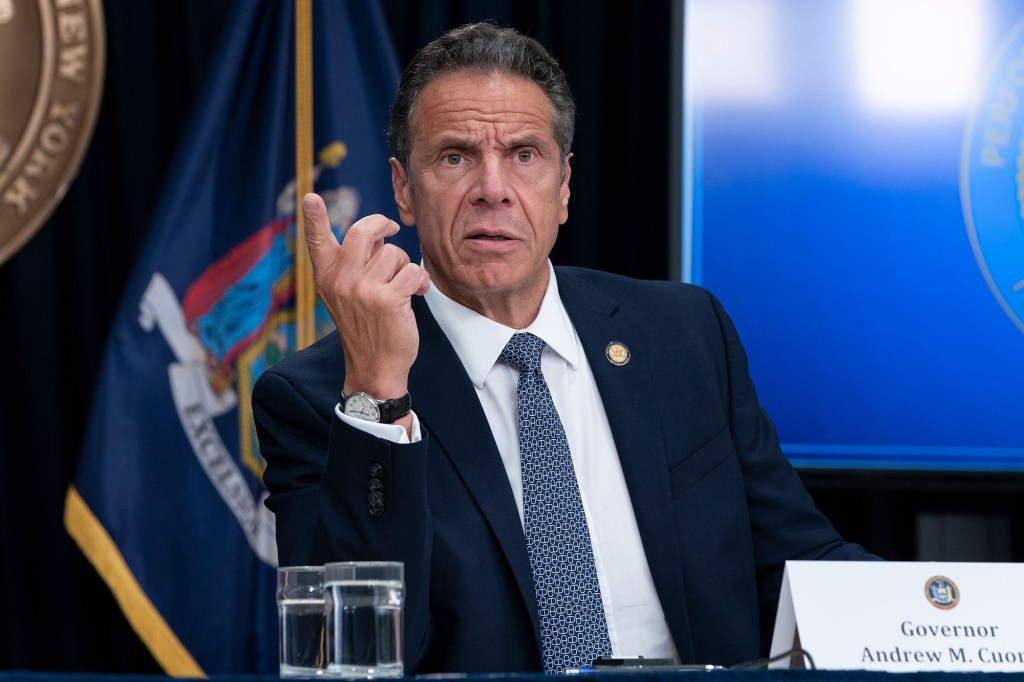 Bragg pledges not to prosecute, or at least not too harshly, and Hochul responds: “Cut [him] some slack.” He’s new on the job.

So here are three questions for Madam Governor:

Be cool? And never mind that six comrades have been shot in the city since Alvin Bragg took office — and that the only thing certain about this especially pernicious brand of bloodshed is that there will be more of it? 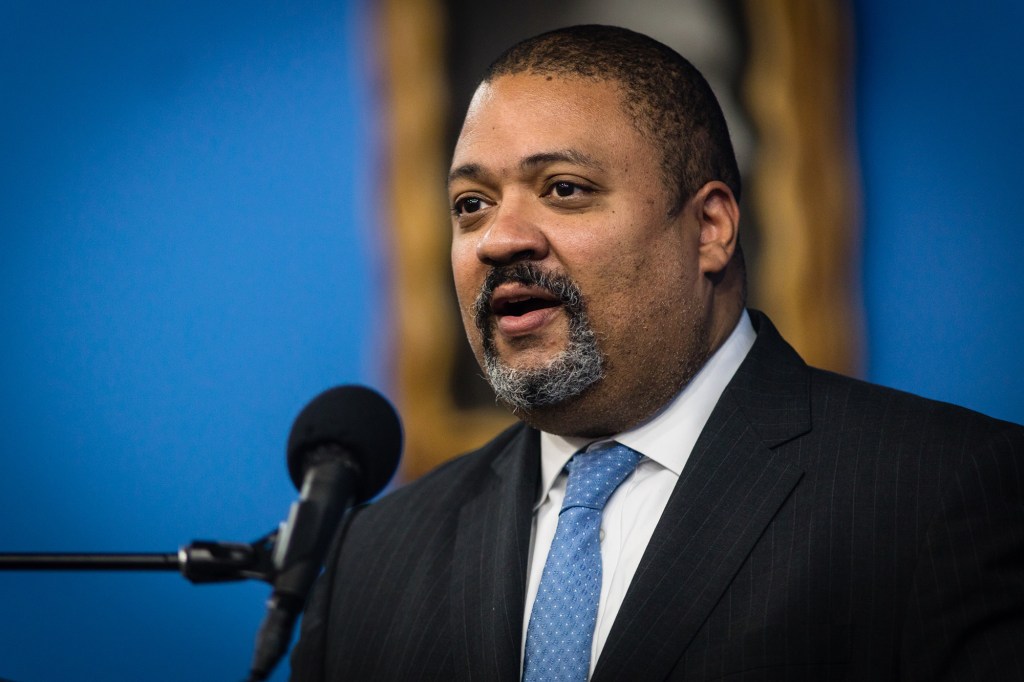 “How many more lives of those who protect us will be taken by violence and crime? How many mothers? How many sons will have to lose their families?” asked Det. Mora’s sister at St. Pat’s Wednesday.

“We are not safe anymore, not even members of the service,” declared Det. Rivera’s widow Friday. And speaking directly to her husband of just three months, she said, “I know you were tired of these new laws, especially the ones from the new DA. I hope he’s watching.”

“You don’t think of a big, strapping man,” Police Benevolent Association President Patrick Lynch said Wednesday, addressing Det. Mora’s mother. “You think of your son. You think of your baby. You put your head on their chest, and you listen to their heartbeat, and you think of the life they’re going to lead.” 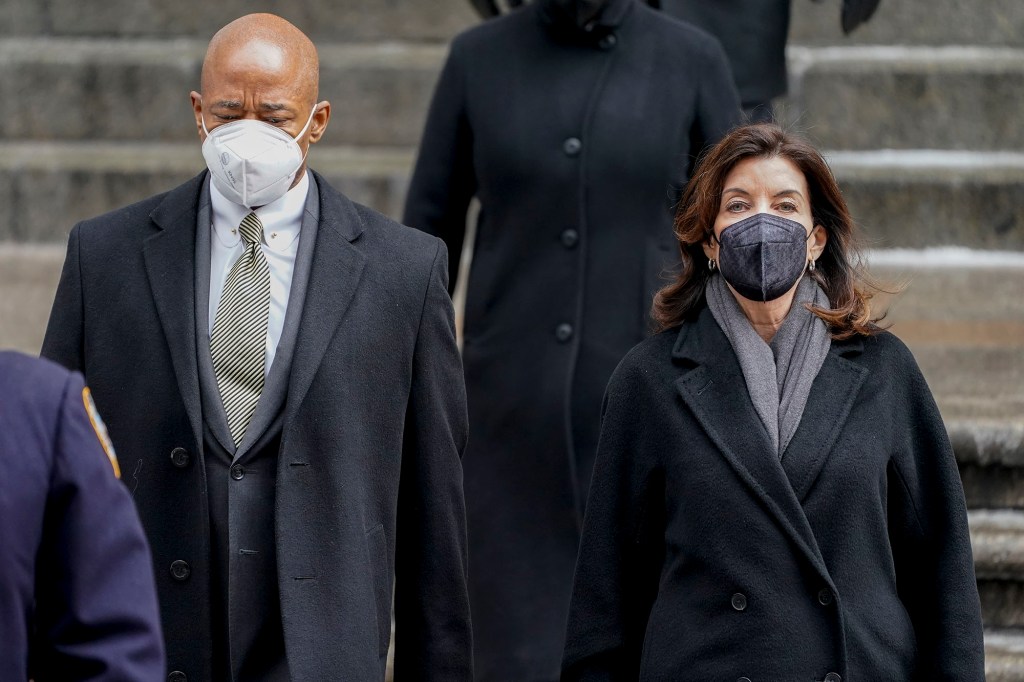 “Slack” for Bragg? Not likely from that quarter. Nor should there be.

The tragedy of Andrew Cuomo, a man of enormous potential, is that he purposely squandered his gifts. He gave himself over to power-driven pandering and cynicism. So nobody should doubt for a moment that were he still governor, he would be standing four-square behind Alvin Bragg — because that’s what the state’s ascending left wing demands.

And there stands Kathy Hochul, too. 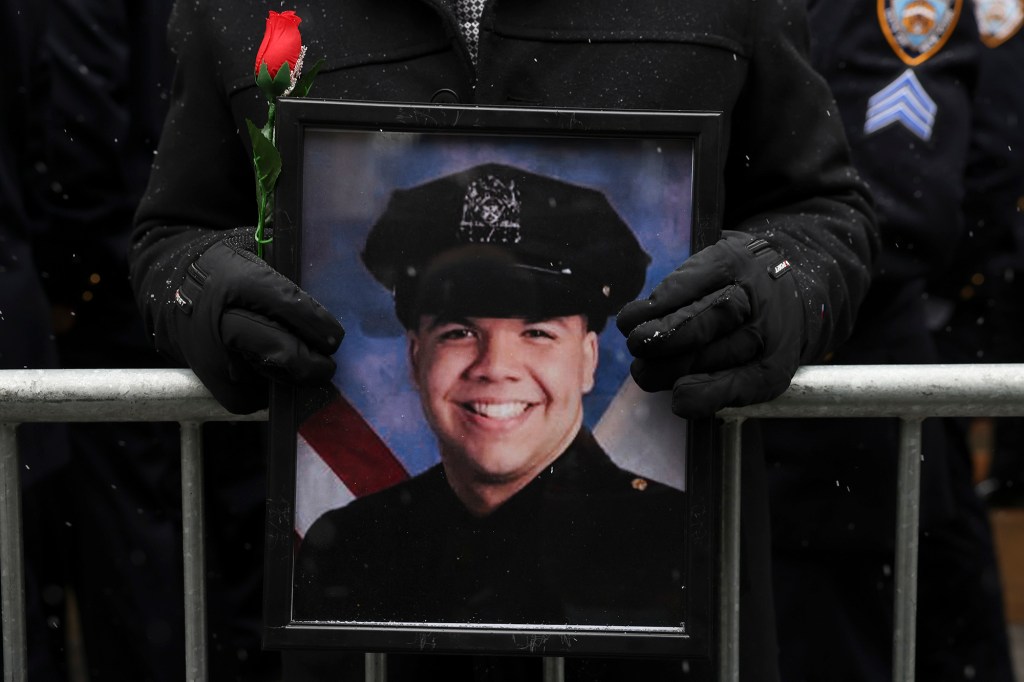 She, Alvin Bragg and the late Det. Jason Rivera, dead at 22, have this much in common: They were all new to the job.

Rivera did his, no questions asked. This is more than can be said of the other two.

So let’s cut no slack for them. None at all.