The bipartisan group claimed they were concerned about students’ health as well as protecting upstate New York’s dairy market.

“As Members representing both rural and urban communities, we are committed to supporting the dairy farmers, producers, and agriculture partners across New York, while also ensuring that children in NYC schools have access to critical, life-enhancing nutrients,” the Congress members said.

“Unfortunately, for many NYC families, the meals children receive in schools are their only source of many recommended nutrients.”

Chocolate milk supporters have cause for concern about Adams turning into the new health nanny akin to former Mayor Mike Bloomberg, who sought to ban the sale of large sugary drinks and did succeed in outlawing trans fats in restaurants and smoking in bars and restaurants and other public places.

Nine members of New York’s congressional delegation wrote a letter to Adams asking him not to outlaw chocolate milk in schools.Damian Dovarganes

Adams, the former Brooklyn borough president who switched to a mostly vegan diet after being diagnosed with diabetes and has already ordered meals up plant-based once in a week in schools, posted a “Do the Math” video in 2019 in support of a proposal for the city Department of Education to scrap chocolate milk because of its sugary content.

In the video presentation, Adams showed how much sugar was in a large glass of chocolate milk.

“Chocolate milk is loaded with extra sugar and causes type 2 diabetes and obesity and other health issues,” Adams said. 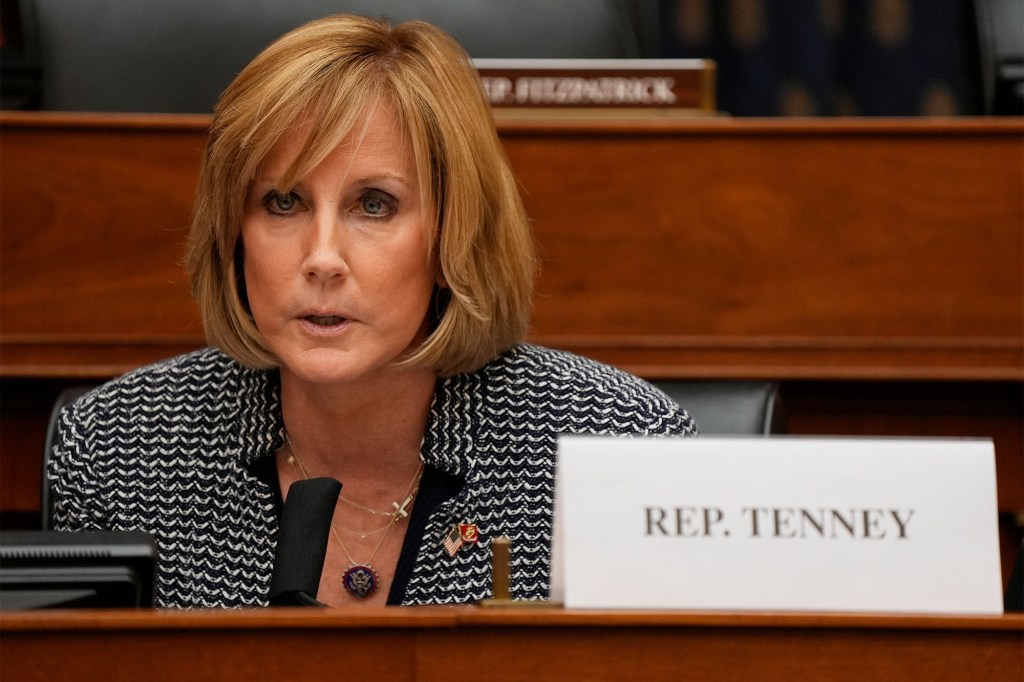 Rep. Claudia Tenney, a Republican, was one of the representatives who signed the letter.Ken Cedeno

“Yet we continue to serve it instead. Instead of serving our children drinks that set them up for a lifetime of health problems, we should be giving them better options, such as water.”

Stefanik said Adams has enough problems on his plate without becoming the food czar.

“Mayor Adams’ priorities are out of touch. Instead of cracking down on the many crises plaguing New York City, including a violent crime crisis spurred on by Far-Left policies that demean the police, New York City Mayor Eric Adams is focused on banning chocolate milk in New York City schools,” Stefanik , who represents the upstate North Country said. 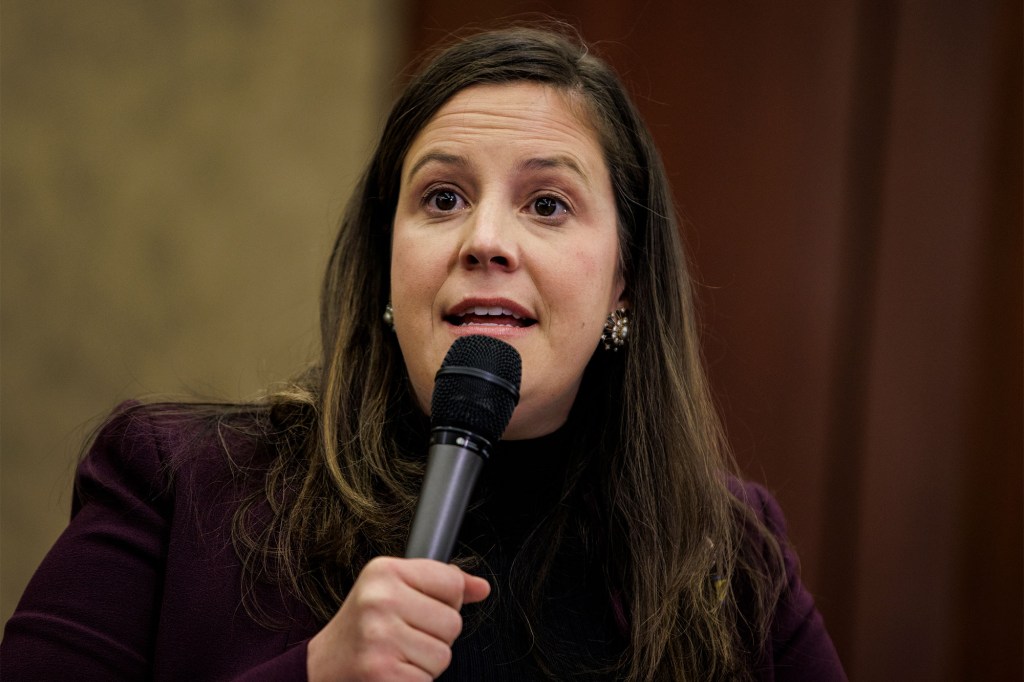 “In Upstate New York and the North Country, we are proud to drink milk, especially chocolate milk! Flavored milk is one of the best ways for kids to gain the essential dairy nutrients, and I will continue to work to increase milk access for students across New York public schools.”

In the letter, the congress members said two-thirds of milk served in school is flavored and argued that chocolate milk is an “essential way that kids get the nutrients they need for healthy growth and development. 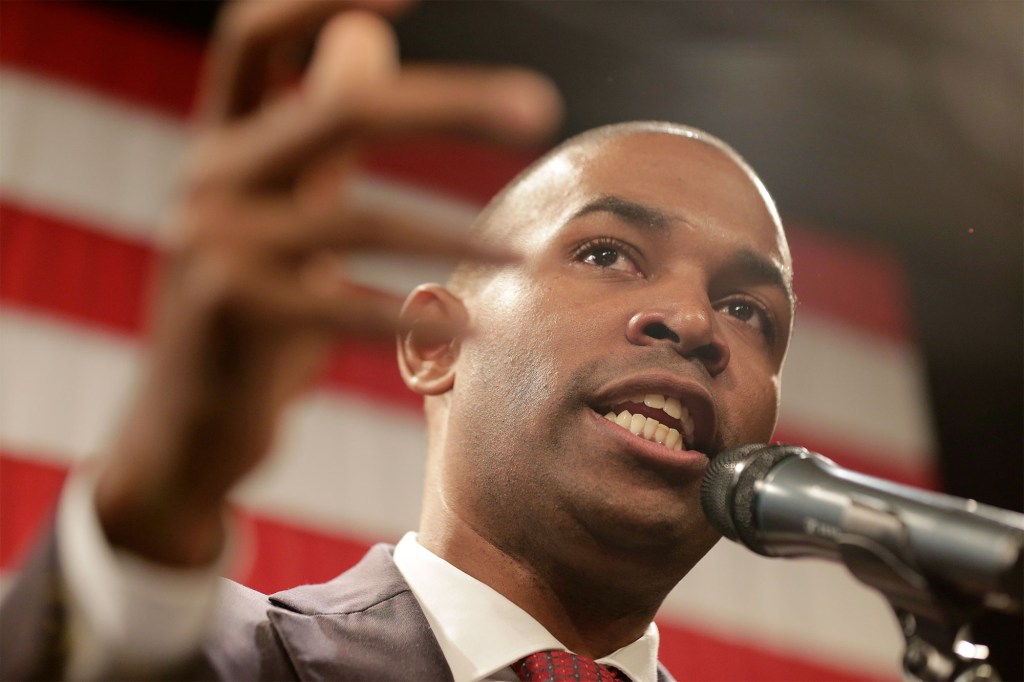 Rep. Antonio Delgado, a Democrat, signed the letter that said chocolate milk is an “essential way that kids get the nutrients they need for healthy growth and development.”Seth Little

“Studies have also shown that flavored milk consumption is not associated with weight gain or even a higher total daily sugar intake in children,” they said. 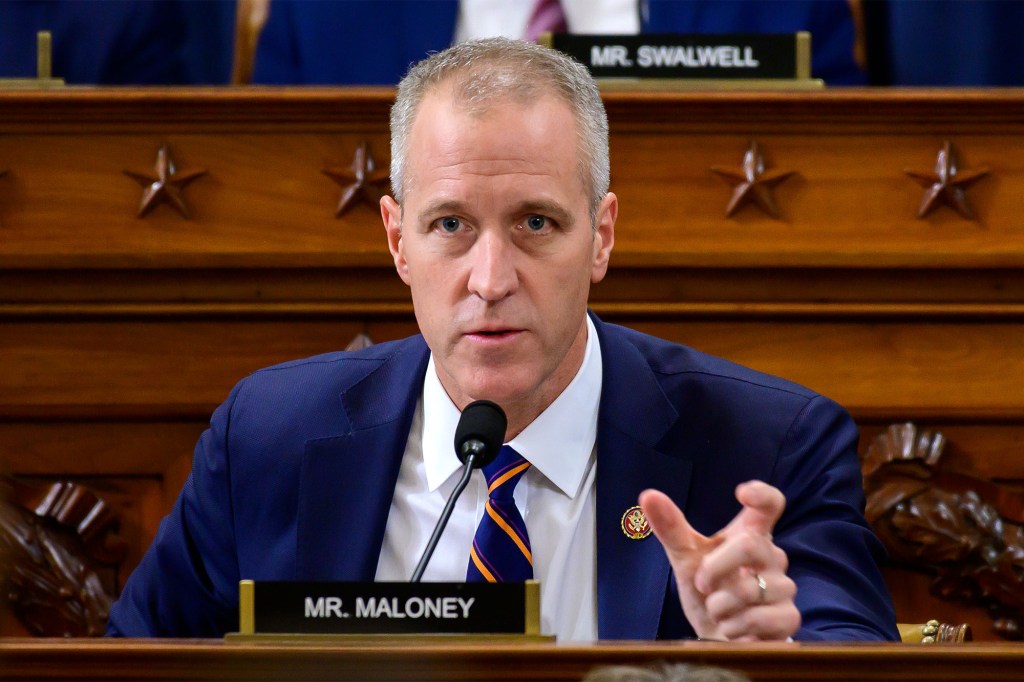 The lawmakers said there is strong bipartisan support for federal legislation — the School Milk Nutrition Act and Whole Milk for Healthy Kids Act — that would expand flavored milk options in school lunchrooms.

“We strongly urge you to continue offering children the choice of flavored milk each and every day in New York City schools,” the Congress members said.

An Adams spokesperson responded, “We have received the letter, we will review and we will make a determination of what is best for our students.”

Is New York prepared for the next health crisis?