The league’s worst slump rolls on.

The Nets concluded their five-game road trip with no wins, losing to the Nuggets in Denver Sunday afternoon, 124-104. With their eighth-straight defeat (league-high), Brooklyn stands at 29-26 on the season and for the first time since 2008, ends a five-game trip winless.

“There’s a good chance we’re in the play-in after the All-Star break. We’re not going to panic,” said Steve Nash after the Nets eighth-straight loss Sunday afternoon in Denver. “There’s still plenty of games after the All-Star break when Kevin [Durant] gets back. Hopefully have Kevin and James [Harden] at home and James, Kevin and Kyrie [Irving] on the road, and hopefully LaMarcus [Aldridge] comes back and Nic’s [Claxton] available. You go down the line. At some point, it’d be great to have Joe [Harris] back.

“You’re talking about five guys. That’s your starting lineup that’s out potentially. It is what it is. These guys just have to show resolve

It was a tale of two halves, and one quarter that sucked the rope away and left a large mountain to climb for Brooklyn with little help.

Kyrie Irving ended the defeat with his first double-double of the season — game-high 27 points (10-of-26 shooting from the field and 4-of-12 shooting from 3-point range), 11 assists, five boards, a steal and three blocks in 31 minutes of play.

Cam Thomas contributed with another powerful scoring punch off the bench with 20 points on 7-of-16 shooting overall and 2-of-6 shooting from behind the arc in a team-high 32 minutes. Bruce Brown, who played well in the first half, tallied 10 points and five rebounds off the bench. Brown scored only one point in the second half.

Blake Griffin, who said post-game that the level of concern in the locker room is “very high,” turned back the clock Sunday afternoon with a series of impactful 3-pointers (5-of-7 shooting from behind the arc) to end with 19 points, four rebounds and two assists in 30 minutes. Patty Mills scored 14 points in 31 minutes.

The Nets put out their 28th different starting five of the season (league-high) for Sunday afternoon’s game against the Nuggets — Irving, Griffin, Patty Mills, Kessler Edwards, and James Johnson. Both offenses were sharp early, but Brooklyn’s interior defensive struggles were targeted by Denver.

The energy level was high and helped get stops and leading to shots falling. The bench, led by Brown (nine points) and Thomas (seven points) provided a needed offensive spark to the flowing offense (51.9 percent from the field and 53.8 from 3-point range). Although Irving struggled early, Griffin kept it lively with 10 points. Brooklyn held a 40-39 lead after one.

Brooklyn’s level of play carried into the second, and so did Griffin’s breakthrough shooting. The veteran big shot 5-of-6 from behind the arc in the first half to cement a new season-high in points midway through the period. Prior to the game, the one-time No. 1 overall pick was shooting a little over 20 percent. Irving also got going after a quiet first quarter of play, boosting the Nets offense. Despite the offense producing, the defense didn’t follow.

There wasn’t much defense on either side but the defensive woes hurt the Nets more than it hurt the Nuggets. Denver got easy looks at the rim (40 points in the paint) and open looks from the corners, sparking a consistent flow to take a 76-75 lead at halftime. This was the second half in franchise history both the Nets and their opponent scored 75+ points.

And then it got real ugly.

Unlike the first half, shots were missed in the opening minutes. The difference-maker was Denver capitalized through their defense. The Nuggets forged a 10-2 run to grow a double-digit lead. In that span, Brooklyn went scoreless for three minutes of play. The woes got prolonged with an extended Nuggets run expanding to 20-5, giving the home team a 96-80 lead for Denver with 4:14 left in the frame.

The Nuggets continued to pour it on the Nets. Brooklyn forged a small 7-0 burst to keep some hope, but by the time the dust settled and the quarter concluded, the Nuggets outscored the Nets, 29-16 in the quarter, taking a 105-91 lead into the fourth.

There wasn’t any quit in Brooklyn, but there wasn’t much defense either. The Nets trimmed the deficit to 10 points with 8:02 left in the game, but the Nuggets answered quickly by turning defense into offense, icing Brooklyn’s offense, and building the lead back up to 18 (117-99) with 4:26 remaining. Out of the timeout, Nash pulled Irving and let the reserves finish out the eighth-straight loss.

Jokic had his fourteenth triple double of the season with 27 points, 11 rebounds and 10 assists to lead the Nuggets.

Kyrie Irving hoping for change, but what?

“I’m keeping a positive mindset that anything can happen in the next few days or the next week. Just crossing my fingers that something can come up before All-Star break or after.”

He dismissed the trade rumors about his backcourt mate as “plants.”

“How all those media plants start going around with rumors, I really do not concern myself with that. The few conversations that we’ve had, he’s been really committed. We just hold him to his word.” 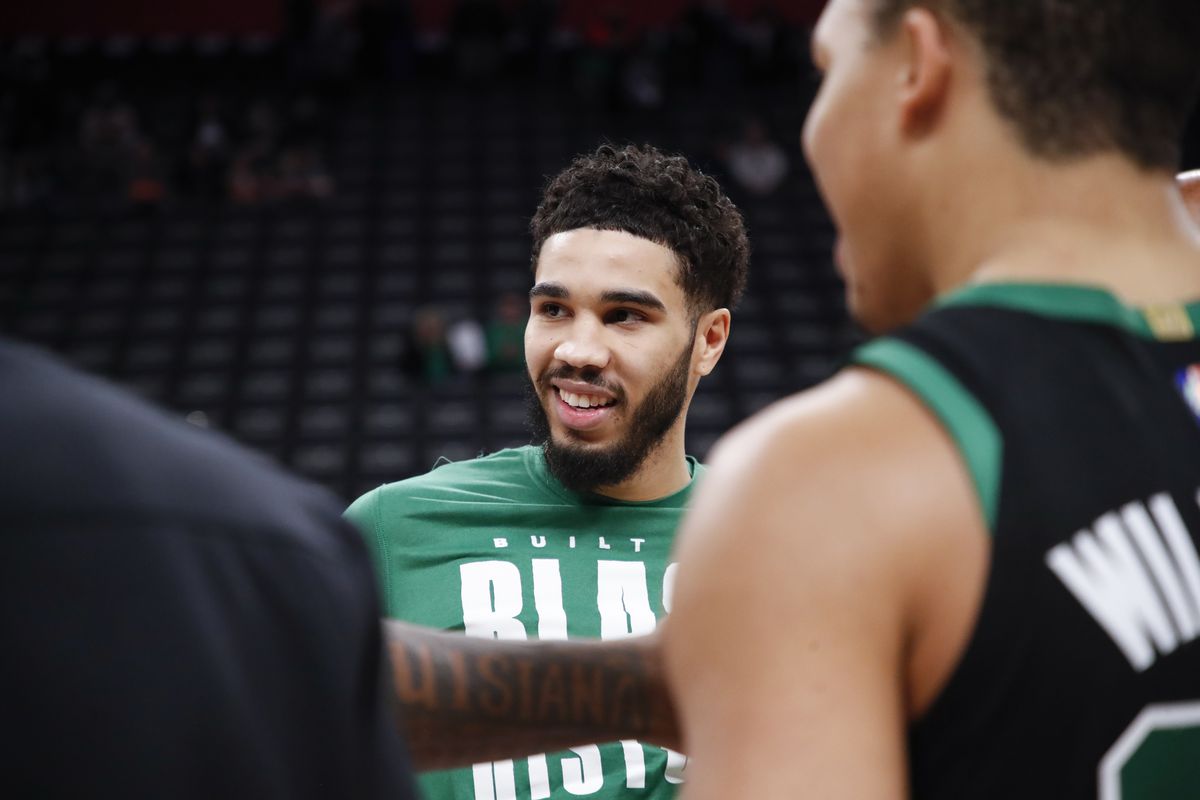 The Nets will return back to Brooklyn to host the Celtics on Tuesday at Barclays Center. The game is slated to tip at 7:30 p.m. ET. At this point, there’s no guidance on a James Harden return from his hamstring woes, Nic Claxton is day-to-day and LaMarcus Aldridge is doubtful. Kyrie Irving of course won’t be eligible to play and the Nets could face the surging Celtics without any of the “Big Three.”

For a different perspective on Sunday afternoon’s game, check out Denver Stiffs — our sister site covering the Nuggets.

celebrities of the same age

Step inside the Hotel Mediterraneo in Rome