Michigan State took down in-state rival No. 4 Michigan 63-57 on Thursday night in East Lansing. The third quarter ended up being the difference-maker in this game as the Spartans outscored the Wolverines 23-11.

Thursday night marked the second in-season reveal of the top-16 rankings from the NCAA Division I Women’s Basketball Committee. The Wolverines made the jump from No. 9 to No. 5 between the first and second rankings.

The game was all about defense and being able to make the most of chances. Michigan had 17 turnovers and Michigan State had 18.

Nia Clouden was the player of the game for the Spartans. Clouden finished with 20 points including a buzzer-beater three to give her team a nine-point lead heading into the fourth quarter.

You may have heard we 💚 a buzzer beater! @NiaClouden pic.twitter.com/IY7InMuIVC

Michigan’s Naz Hillmon still had herself a night with 27 points and nine rebounds in the loss.

The Wolverines and Spartans will face off one more time before the end of the season on Thursday, Feb. 24 in Ann Arbor.

Before that, Michigan State will have another top-10 opponent on Saturday, Feb. 12 against No. 7 Indiana at 3 pm ET. Michigan will try to bounce back against Northwestern on Sunday, Feb. 13 at 12 pm ET.

Gary Putnik has worked at the FSView & Florida Flambeau and WVFS Tallahassee. His writing has also appeared on MLB.com. Follow him on Twitter at @garyputnik.

The views on this page do not necessarily reflect the views of the NCAA or its member institutions.

Here are the big takeaways from the last weekend in college wrestling and how those results helped determine this week’s NWCA Top 25 rankings. 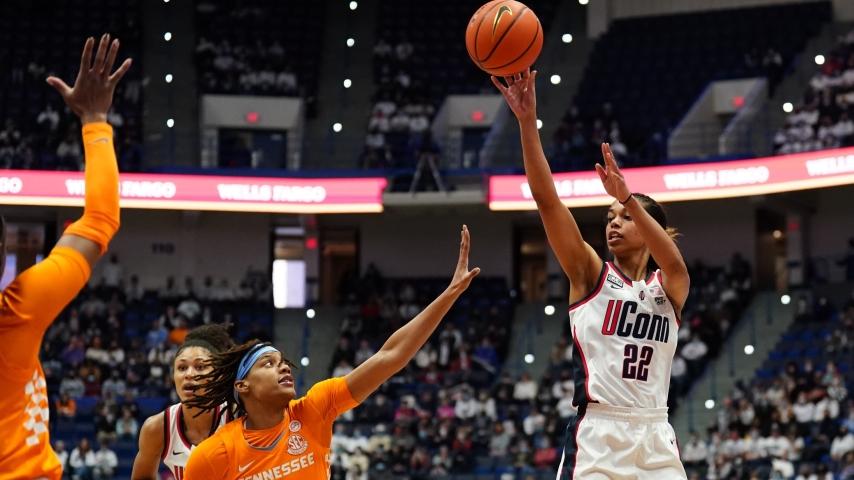 UConn pulled away from Tennessee in a top-10 matchup between historic programs, Caitlin Clark scored a career-high 46 points and more from the top-25 on a spectacular Sunday in women’s basketball. With all 25 of the nation’s top wrestling teams in action this weekend, there’s no shortage of great matches to watch, but here’s a list of seven individual bouts that you won’t want to miss in a jam-packed weekend of college wrestling.