A leading Hispanic civil rights leader – who just happens to be the dad of “Hamilton” star and creator Lin-Manuel Miranda — slammed the state Democratic Party’s Thursday nominating convention as a “fiasco” that left Latino voices muted.

The preliminary program given to the media had no Hispanic speakers for the convention, which drew immediate condemnation.

Hillary Clinton was the keynote speaker who introduced Gov. Kathy Hochul before her nominating address.

“The absence of Latinos as invited convention speakers was alarming and disrespectful to a group of loyal Democratic voters,” Luis Miranda, the founding president of the Hispanic Federation, told The Post.

Miranda continued, “Chairman [Jay] Jacobs has to answer for this fiasco.”

Miranda’s criticism is sure to raise eyebrows in New York political circles given his deep ties to the Hispanic community that extends well beyond New York.

The Puerto Rican native is also chairman of the Latino Victory Fund, a group dedicated to electing Democratic Latino officeholders nationwide and is one of New York’s top political consultants, who works for AG James and Espaillat, among others.

He served in the administrations of former Mayors Ed Koch, David Dinkins and Rudy Giuliani.

Before the perceived snub, there was already frustration that Hispanics have little representation in city-wide or statewide elective offices. Other Latino elected officials said the slight won’t be smoothed over so easily and warned the party about taking Hispanic constituents for granted.

“It won’t blow over with an apology but with policy,” said state Sen. Jessica Ramos (D-Queens). 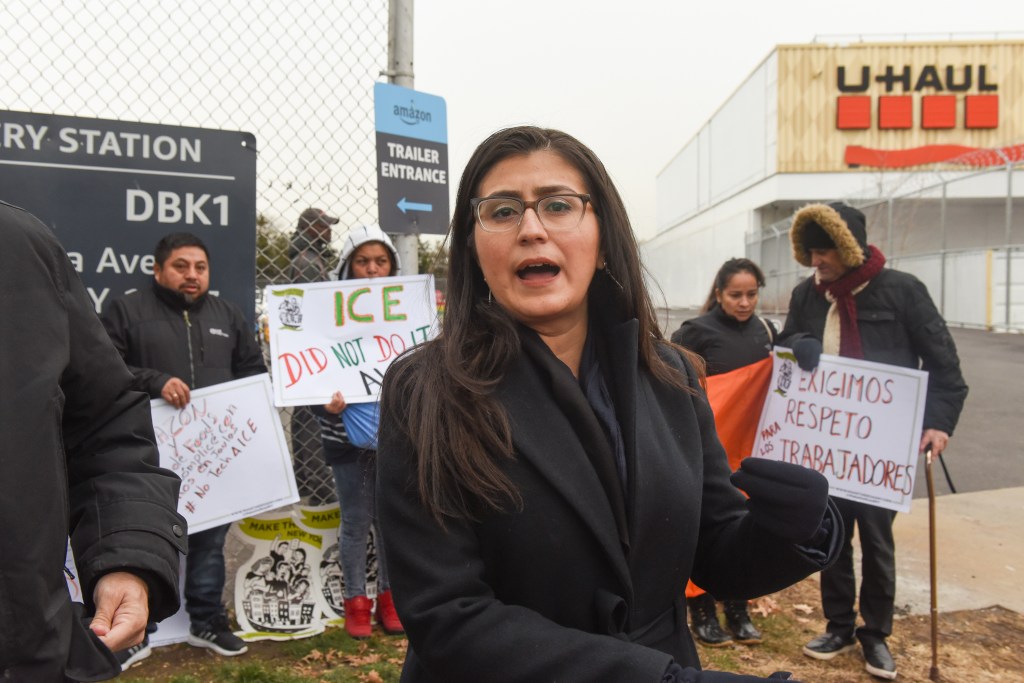 “The response to tenants and essential workers at the convention confirmed what the lack of Latino speakers hinted at: establishment Democrats are not thinking critically about the policies that motivate Latino turnout and we saw that in the last election cycle. The everyday person cares way more about their rent, child care and their wages than squabbling between progressives and moderates.”

Meanwhile, the New York Republican Party sought to capitalize on the Latino community’s anger with the rival party.

“The Democrat Party has totally taken the Hispanic community for granted. This glaring omission is proof of their disrespect, but what’s worse are their policies that are hurting this community,” said state GOP chairman Nick Langworthy.

“We are enormously proud of our fast-growing support within the Hispanic community who are increasingly joining our ranks because they are outraged by Democrats’ radical agenda. We are going to work hard to earn every single vote with our message of safety, opportunity and freedom.” 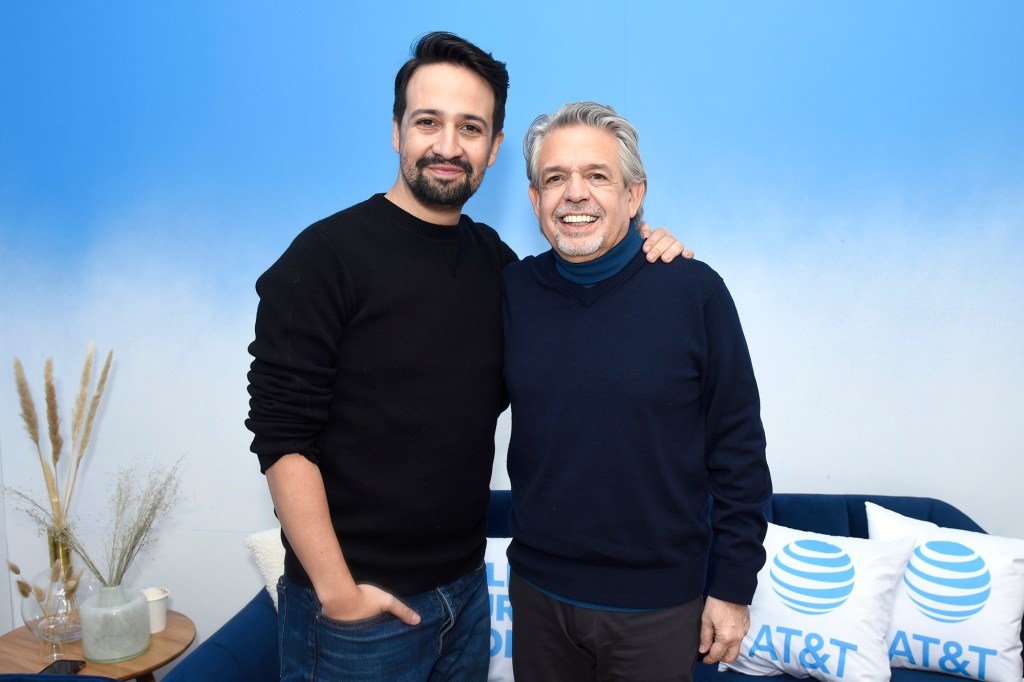 Miranda called the low number of Latino speakers “alarming and disrespectful to a group of loyal Democratic voters.”Vivien Killilea/Getty Images for WarnerMedia and AT&T

While Hispanic voters have been a reliable Democratic Party constituency, there’s been some drift to the GOP in recent elections. Former Republican President Donald Trump did better among Latinos in 2020 than he did in 2016.

State Democratic Party Chairman Jay Jacobs said Friday the Hispanic criticism is misplaced and the controversy over speaking slots is much ado about nothing.

Jacobs said the only “mistake” he made was giving out a partial list of convention speakers to the media to accommodate reporters. That list did not include any Latino speakers. 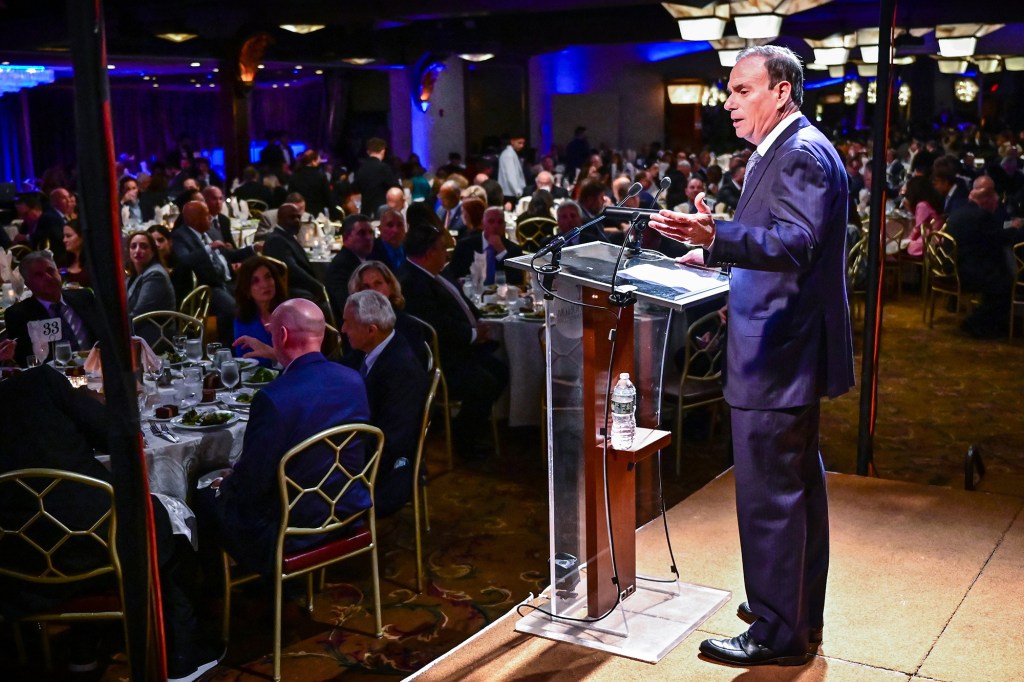 Miranda called for Jay Jacobs to answer for the lack of Latino speakers.Thomas A. Ferrara/Newsday via Getty Images

But he said that Hispanic elected officials had already been invited to speak but they had not yet confirmed if they would do so, and therefore were not put on the initial list.

But he said he would have easily explained the misunderstanding if Democrats contacted him instead of blasting him in the media.

“This has become an issue. There is no issue,” Jacobs said. 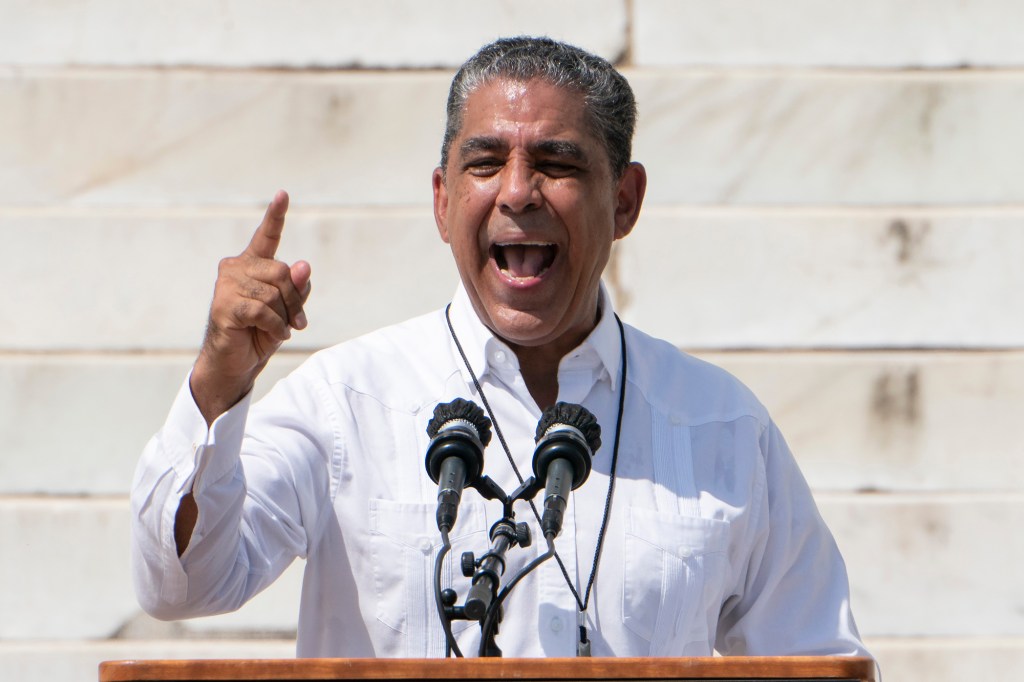 “Every effort was made to have the right diversity. This is a case of `no good deed goes unpunished,’” he added, saying it was an otherwise successful party convention.

Meanwhile Democratic gubernatorial hopeful Tom Suozzi — seeking to challenge Hochul in a primary — is making a bid for the Hispanic vote, naming for Brooklyn Councilwoman Diana Reyna as his running mate for lieutenant and former Bronx Borough President Fernando Ferrer as his campaign chairman.

A week of legal setbacks for Trump in Washington, New York