Illinois gamblers wagered nearly $61 million on the Super Bowl, regulators announced Tuesday, a 33% increase from last year when the big game was on the board legally for the first time in state history.

The biggest day on the sports betting calendar saw Illinois sportsbooks come out on top to the tune of $9.5 million, generating more than $1.4 million in tax revenue, according to figures released by the Illinois Gaming Board.

The statewide handle, or the total amount of money wagered, was just $45.6 million on Super Sunday of 2021, when the house won by $7.7 million and $1.1 million went to state coffers.

Regulators are still tabulating the full breadth of Illinois’ bets, which were allowed on everything from the coin toss (heads) to the color of the Gatorade dumped on winning head coach Sean McVay of the Los Angeles Rams (blue).

Of the state’s eight legal sportsbooks in operation, most of the wagers were taken by the online sports betting giants who have taken over the Illinois market since it launched in early March 2020. DraftKings at Casino Queen led with $21.5 million in Super Bowl bets, followed by FanDuel Sportsbook and Horse Racing with $17 million.

They each turned profits of $2.5 million and $5 million, respectively, but two suburban casinos had tough nights, if not as bad as Cincinnati’s. Hollywood Casino Joliet ended up paying out almost $44,000 more to winning bettors than they took in, while the Grand Victoria Casino in Elgin ended in the red by almost $145,000.

Illinoisans have wagered more than $7 billion on sports in less than two years since Blackhawks announcer Eddie Olczyk made the state’s first legal bet at Rivers Casino in Des Plaines. The state broke its monthly record with a handle of $840 million in December, the most recent month for which data is available. 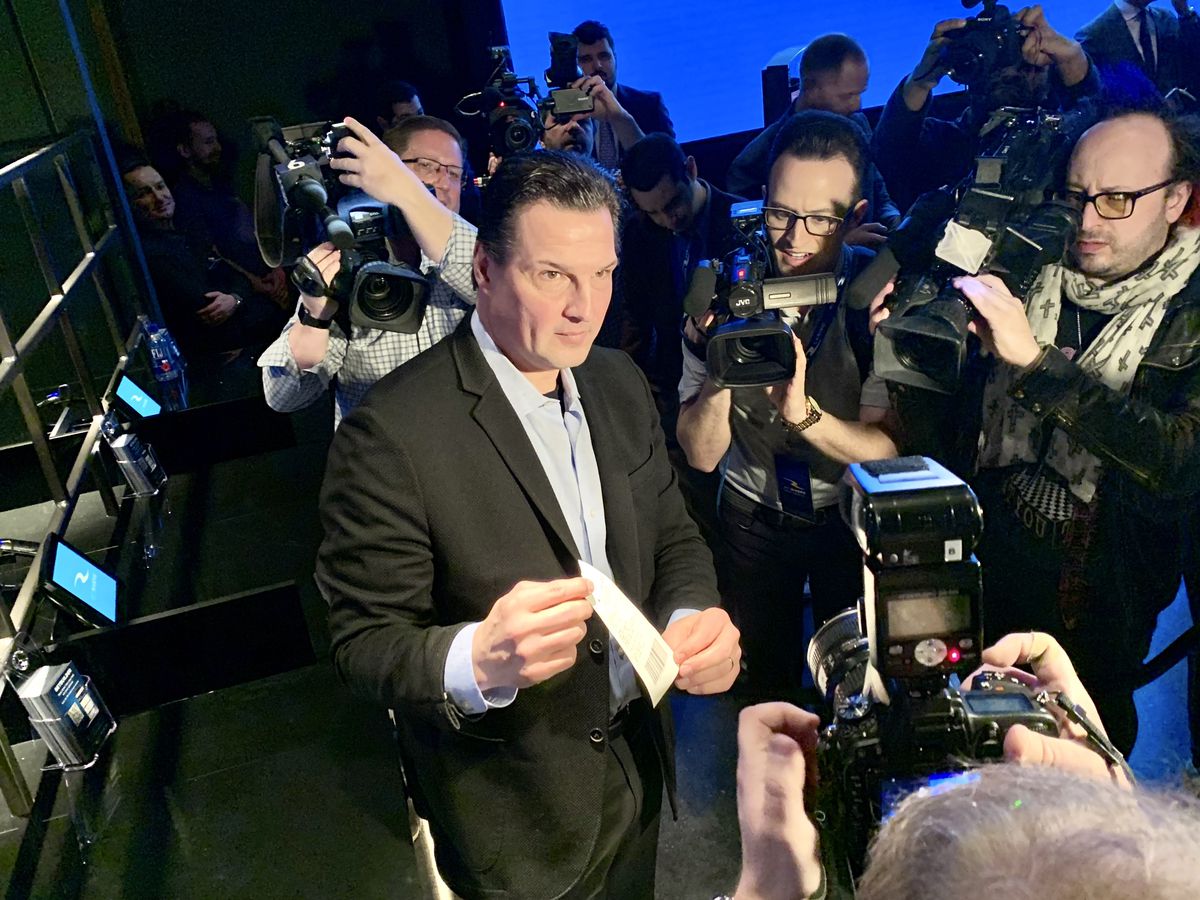 Eddie Olczyk put $100 down on his hometown White Sox to win the American League pennant at 16-to-1 odds in 2020. Mitchell Armentrout/Sun-Times file

Wall-to-wall sportsbook advertising has raised concerns among counselors of a spike in gambling addiction. Calls to the state’s gambling addiction hotline nearly doubled in the year after Gov. JB Pritzker signed the law authorizing sports betting — but that legislation also opened more funding for counseling services.

Sportsbooks could soon open at stadiums such as Wrigley Field and the United Center, but they still need to apply for state approval.