With just five days remaining until the trade deadline buzzer, the Dallas Mavericks, despite coming off an impressive come-from-behind win against the Philadelphia 76ers, could still use some roster upgrades on the offensive end. More specifically, the Mavs need upgrades in the shooting guard and center departments to give them a better chance of getting out of the first round of the playoffs for the first time in over a decade.

So before we get into the nuts and bolts of this ‘win-win’ three-way trade scenario, here are some things we think we know so far, based on multiple reports: 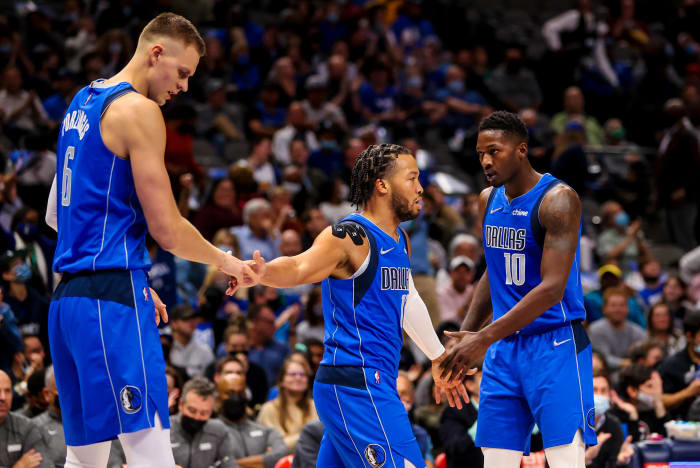 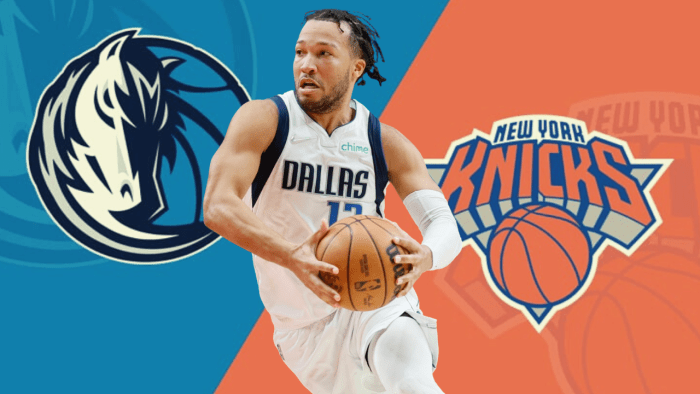 *The New York Knicks are in love with the idea of ​​getting Jalen Brunson to ‘The Big Apple’ by either trade or free agency.

*The Knicks have already contacted the Mavs about a Brunson trade at some point, but they were rebuffed.

*Given the vital role Brunson has played this season, the Mavs aren’t going to consider trading him unless it’s a ‘no-brainer’-type of deal. In fact, Dallas owner Mark Cuban tells DallasBasketball.com that they will do everything they can to keep both Brunson and Dorian Finney-Smith around long term. 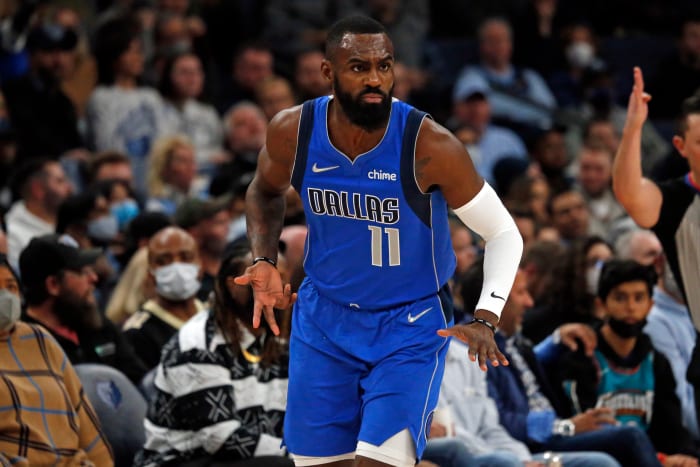 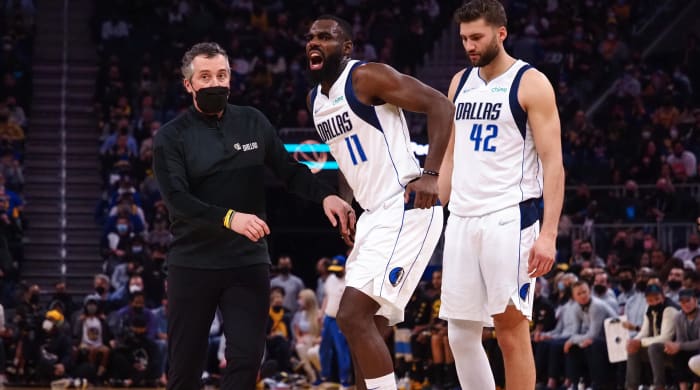 *The Mavs losing Tim Hardaway Jr. to a foot injury for likely the rest of the season hurts, but the truth of the matter is that he wasn’t really fitting in as well in head coach Jason Kidd’s system this year as he did in Rick Carlisle’s system over the two previous years, where he shot nearly 40 percent from deep.

*Because of that, plus the Mavs’ plans to dish out more money this offseason when Luka Doncic’s supermax goes into effect, it would make sense for Dallas to be looking for ways to shed Hardaway’s yearly-descending contract. He has three years left on his deal after this one worth a total of $53.7 million. 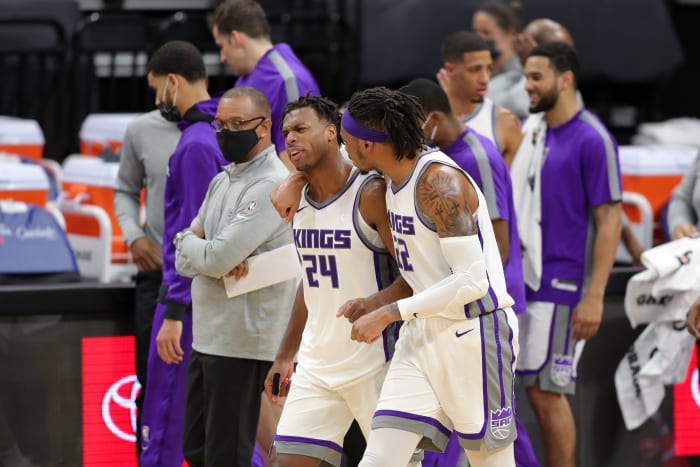 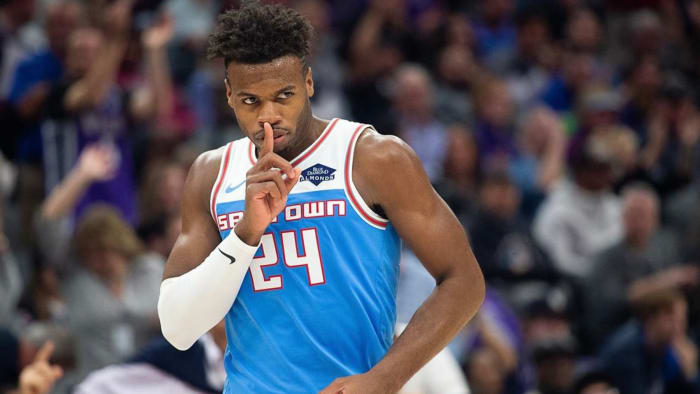 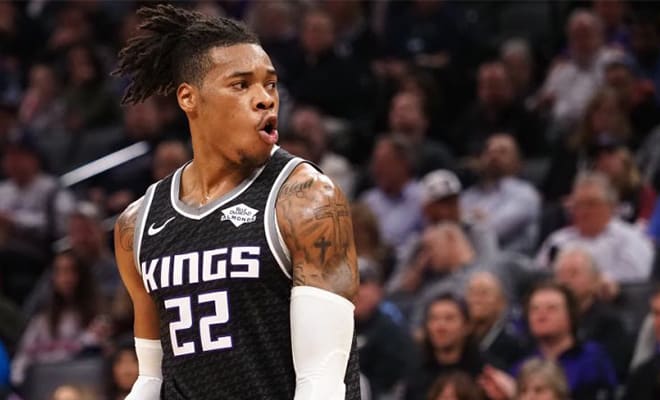 *The Sacramento Kings are staring down yet another lost season. At 21-35 nearly two-thirds of the way through the year, the Kings are likely to set the NBA record for most-consecutive seasons missing the playoffs. Sacramento is regarded by many as being one of the likeliest teams to blow things up at this year’s trade deadline.

*The Mavs have “been calling the Kings” about potential trades, according to ESPN’s Brian Windhorst.

*The Mavs have had interest in Richaun Holmes in the past, and Buddy Hield has a natural connection to the team, given that he has a home in Dallas and spends his summers working out here..

*The Kings have made it known that Hield and Holmes available in trade discussions.

LISTEN: NBA GOAT; Where Do Nowitzki & Other Mavs Rank?

With the NBA celebrating its 75th anniversary, the Mavs Outsiders podcast made a series of episodes ranking the top-75 players in league history based on their ‘GOAT’ status formula. Where do Dirk Nowitzki and Jason Kidd fall on the list?

*If the Kings are truly going to blow things up, then their main goals for the immediate future will likely be tanking the rest of this season and collecting future draft capital. They could accomplish both of those goals by taking an injured Hardaway Jr. in this three-way trade.

With all of this in mind, here is the three-way trade we believe would be beneficial to all parties involved:

Then, if the Mavs end up not thinking they won’t end up with Goran Dragic on the buyout market for whatever reason, they could put their TPE (traded player exception) to use by adding more secondary playmaking and bench scoring:

The biggest question in all of this speculation is “what do the Mavs think is a ‘no-brainer’-type of trade?” Hield and Holmes are good players, and adding both of them would certainly enhance the Mavs’ roster, but neither are stars. On the flip side of that, though, as important as Brunson has been to the Mavs this season, he isn’t a star either.

If the Mavs can upgrade two starter positions with guys already on long-term contracts, while also bolstering the bench, shedding Hardaway Jr.’s contract and not giving up any first-round picks that they currently possess, that sounds like a win to us. We’ll see if the Mavs ‘talks’ with the Kings can blossom into something more complex like this in the coming days.